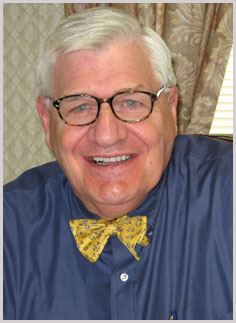 In 1998, after a very successful career in Broadcast Management and Marketing, Bob entered The Senior Care Industry as a State Certified Administrator for one of the premier Assisted Living Communities in the country. After the construction of their first dedicated community for the care of those with Alzheimer’s dementia, Bob became a Master Trainer in the field of Alzheimer’s care. An accomplished Senior Care and Alzheimer’s Care specialist, Bob has been recognized by The Assisted Living Federation of America (ALFA) as a “Champion for Seniors” for 8 consecutive years (2006-2013). He was also inducted into the ALFA “Circle of Leadership” in 2012 and 2013.

For more information on Bob and his services please feel free to contact him.

Care for Caregivers would like to thank The Alzheimer’s Association for their contributions to this site and for the great work that they do. The information and services they provide Caregivers and those they’re caring for is invaluable. I would also like to thank all of those family and professional caregivers who find themselves in the trenches every day caring for these very special individuals. The love and care you provide this population is remarkable and they are blessed to have you in their lives.